Let us fight together for a new society, for a world of justice free from exploitation and war.Together we say that another Europe is possible. The future is here.History never ends.

New hope is springing up in Europe

A new vision is inspiring growing numbers of Europeans and uniting them to join in great mobilisations to resist the imposition of a capitalist one-way street that is an attempt to trap humanity in a new social and cultural regression. The condition of peoples, social subjects and individuals is marked by insecurity, uncertainty and precariousness. A new resistance against capitalist exploitation is strongly emerging. There is a new option for a change crisscrossing the lives of men and women who are more and more affected by the disasters produced by the capitalist globalization policies.

The new forms of power on a worldwide scale bring about a crisis of nation states, of the alliance systems and post-World War II world orders. The theory of permanent war, as presently depicted in the Bush doctrine, the vortex of terrorist violence that war is nourishing cause inequalities to grow and spaces of democracy to be reduced. For us, Europe is, within international politics, a space for the rebirth of struggles for another society. The achievement of peace and the transformation of the present capitalist society will be the scope of this undertaking. We strive for a society, which transgresses the capitalist and patriarchal logic. Our aim is human emancipation, liberation of men and women from any form of oppression, exploitation and exclusion. We refer to the values and traditions of socialism, communism and the labour movement, of feminism, the feminist movement and gender equality, of the environmental movement and sustainable development, of peace and international solidarity, of human rights, humanism and antifascism, of progressive and liberal thinking, both nationally and internationally.

We understand the role and the task of the Political Left in Europe as a contribution to form a broad social and political alliance for a radical policy change by developing concrete alternatives and proposals for that necessary transformation of the present capitalist societies. In that we see our responsibility and ability to address all those who are taking action for a more equitable society as a condition for a self-determined life of their own. We want to establish left wing politics lastingly as an independent, self-confident political project contributing to the implementation of solidarity and democratic, social and ecological alternatives.
For that reason the European Union as well as the whole European continent are becoming an increasing important space
for alternative politics – besides the traditional political level of nation-states, regions and the municipalities and not being separated from world developments.

Therefore we see the worldwide range of the “alter-mondialiste-movement”, its growing exchange, mutual cooperation as well as its influence within and on the traditional social, labour, feminist, environmentalist and democratic movements in terms of a new participation in the conflict for a change. All these movements confront the “private space” of the strong world powers with a “public space” inhabited by different subjects who want to reclaim fundamental rights: peace, democracy, social justice, freedom, gender equality and respect for nature. The political Left is part of them. This gives a new resource for a policy of transformation. In the different European countries extraordinary cultural and political experience and social struggles marked the original character of the European social model. We look to these political and cultural roots and not to the market values which today define it, in particular through the Maastricht treaty policies and the decisions of the European Central Bank.

In Europe, in each of our countries, the people are suffering from the policies of globalized capitalism implemented by governments in the interest of big capital and lobbies, which undermine solidarity and social gains won by great struggles. There is a general
attack on pension systems, the dismantlement and privatization of social security, the submission of public services and such essential sectors as health, education, culture and common goods like water and other natural resources to market rules, casualization and deregulation of the labour market. There is an accentuation of anti-Trade Union repression and a policy of criminalization of immigration.
Everything is commodified. From labour to the whole life cycle. In present Europe unemployment, precariousness, outward militarization, as demonstrated in the Balkan wars, Afghanistan and Iraq, and inward militarization through repressive and liberticidal laws against those who oppose neoliberal policies, are growing. This process is alienating growing sectors of society from politics and producing wars between the poor, resurging of populism, racism and anti-Semitism.

The social democratic concept of the Third way in Europe has failed, because it did not resist this development and did not have any alternative, thus promoting it. That creates possibilities and lays a bigger responsibility on the Left that wants to change the present world. But we cannot trace the same traditional path as in the 20th century which brought great achievements but also great defeats and tragedies to the forces with a revolutionary inspiration. To change society we have to widen our action. In Europe the construction of an alternative, radical, environmentalist and feminist left is a challenge for the new cycle which is now opening. The plural nature of movements can be crisscrossed by this new political force because we want to build a new relationship between society and politics.

We want to build a project for another Europe and to give another content to the EU: autonomous from US hegemony, open to the south of the world, alternative to capitalism in its social and political model, active against the growing militarization and war, in favour of the protection of the environment and the respect of human rights, including the social and economic ones. We stand for the right of citizenship for all those living in Europe. We want a Europe free from the antidemocratic and neoliberal policies of WTO and IMF, refusing NATO, foreign military base and any model of a European army leading to increasing military competition and arms race in the world. We want a Europe of peace and solidarity, free from nuclear weapons and weapons of mass destruction, a Europe that rejects war as an instrument to settle international conflicts. That particularly concerns the Israeli-Palestinian conflict, which should be solved according to the UN resolutions.

We – left-wing political forces of this continent – want to help the rise of a new force for change. We – parties and political organizations of communist, socialist, democratic, environmentalist, feminist inspiration, against neoliberalism and for a social change – want to give birth to a new political subject: the Party of the European Left (EL). We aim to embody this hope which will enable us to tackle in fresh terms the question of globalisation, world peace, democracy and social justice, the equality of genders, a self-determined life of handicapped people, sustainable and balanced development, respect for specific cultural, religious, ideological features or sexual orientations. We see the necessity for a deep-rooted social and democratic transformation of Europe. Yes, the time has come to intensify struggles that challenge the dogma of the sacrosanct “market economy with free competition”, the power of the financial markets and multinationals, and, instead, to make our citizens active agents of the policies carried out in their name.

Faced with the recession and the growth of unemployment, the “stability pact” and the European Central Bank orientations must be challenged so as to work towards another economic and social policy and social priorities in favour of full employment and training, public services and a bold investment policy, for the environment. The taxation of capital flows must be imposed. Priorities must be changed – in favour of human beings, not money. We undertake to work everywhere in Europe to advance the rights of wage-earners in their work-places. We consider that public services are an indispensable means for guaranteeing the right of equal access of everyone to education, water, food, health, power and transportation. We are in favour of modernized, decentralized and democratized public services which ensure social rights for everyone. Today ten countries are joining the European Union and others have expressed the desire to join. But there are significant political and social forces both within these countries and in
the countries that are already EU members, who view enlargement with reservations or outright hostility. These tendencies are reinforced by the impasses caused by the EU’s present strategic choices. The EL responds to the challenges for countries that are now outside the EU – such as the Balkan states and other Eastern European countries – caused mainly by their transformation and therefore to the arising dilemma of independent development or joining the capitalist European integration as mid-term strategy for dealing with all conflicts inside the societies connected to these changes of past and present time. The EL is ready to stand together with all democratic forces in these countries in favour of democracy, peace and social justice, social and economic development and to strengthen the democratic institutions. We want to act so that the elected institutions, the European Parliament and the national parliaments as well as the representative committees (the Economic and Social Committee and the Committee of the Regions) have more powers of action and control. Today, whatever may be our overall opinion of the «Constitutional Treaty» being discussed, we are opposed to a Directorate of Great Powers. Nor do we accept their wish to impose ultra-liberal economic criteria and militarisation on us leading to substantial social regression. We will unceasingly strive to widen the action, participation and control of the citizens at all levels and at every stage of the building of Europe. Finally, at the heart of the crisis of the European Union is Democracy. For decades the European Union has been constructed from above, with disregard for its great diversity of cultures and languages – without its people and often against them. But already something is beginning to change. The great social, trade union, working class and civic struggles against the war have begun to change the situation. In just a few years they have greatly contributed to a broad rallying in support of peace, equality of human rights, respect for the planet. As political forces of social transformation, we want to contribute to this new dynamic that is resolutely attacking neo-liberal policies. The Social Forums have been essential moments of debate, of confrontation and of building popular and civic alternatives to the present neo-liberal Europe. The social movements, the social and citizens’ struggles have their own dynamics, their independence of analysis, of proposals and initiatives. We are in favour not only of defending the rights of workers and trade unions against all kinds of discrimination, but in favour of extending workers’ rights, including for unemployed and for workers in precarious jobs, extending democracy at the working place and in economic life, at all levels, including the European one.

We stand for an alternative way of social, ecological, sustainable development and the restructuring of the economy based on the protection of the environment and climate, founded on the precautionary principle, through the use of environmentally-friendly technologies, through lifelong social solidarity, through creating new jobs and through support for disadvantaged regions of the earth. We will promote an enhanced role of the Committee of the Regions and the Social and Economic Committee as substantial institutional organs of democratic and regional policy in the EU, taking part in the decision making of the European institutions. In the EU various interests are in conflict with each other. For us this creates a new political space for class struggle and for the defence of the interests of workers and democracy, of the European society with its organizations and institutions and, among them, the European Parliament. The ELP takes the obligation of contributing to ensure that the great changes it professes become reality – within a context of the constant broadening of peace, democracy and social justice. 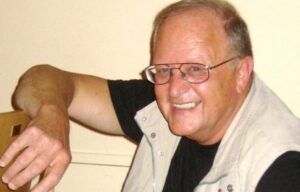 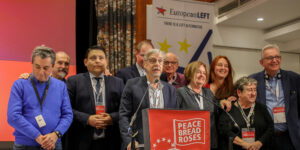 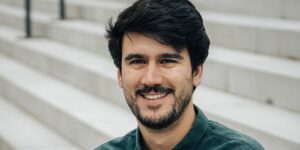